From a small shop with one track, Modelville Hobby has had some ups and downs. We now have five 1/24th scale racetracks and they all have stories to tell. We hope you will read our history and add your own stories while making some memories slot car racing with your family and friends. 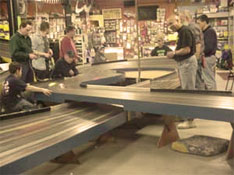 In May of 1965, Dick Cafarelli opened the first raceway at 58-60 Irving Street in downtown Framingham. It was a small, L-shaped store. The track was so popular that Dick decided more space was needed. 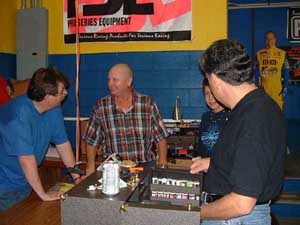 In November of 1965, Dick moved the store to a new location where the old A&P Supermarket used to be at 380 Waverly Street in Framingham. The extra space allowed room for the 220-foot American Purple known as a “Sovereign” or “The Purple Mile”. It was installed in March of 1965 and was the economy model because it did not have the Formica sides. The purple track became known all over and slot car racers came from all over the United States to race on it. Friday night races were held on this track. Soon after moving, a third track was added. The 100-foot American Orange track was a “Monarch” and was very popular for weekly Saturday night races. The Yellow track was still popular with rentals and birthday parties. 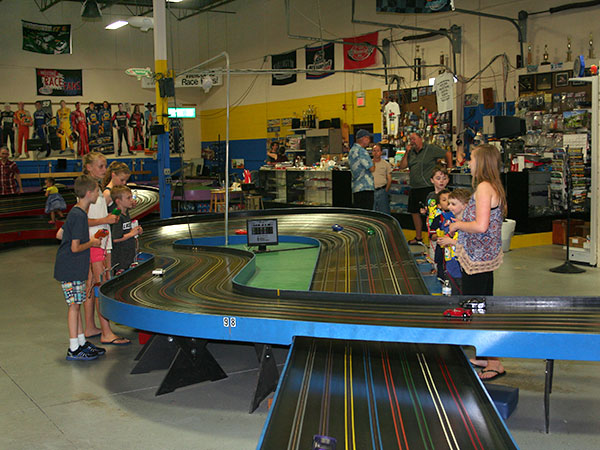 Between January and April of 1978, the building sold and Modelville closed. The tracks were sold and it took time to find a new location. When the building at 58 Union Street in Ashland became available within the next year or two, Dick got a 155-foot American Blue King with the help of Peter Lentros. 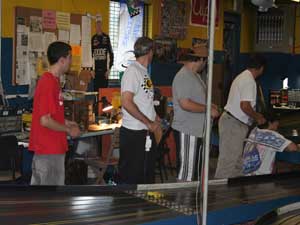 A second track was added and Modelville reopened. The track started as a 135-foot Mr. Raceway Red track called a “LeMans” from Cambridge, MA. It was modified by Dick to fit in the space by removing a finger. It became an 85-foot Modified Figure 8 that was very popular and well-known throughout the area. Thursday night Group 12 races (mostly Parma Brasskar) were run on this track for many years. 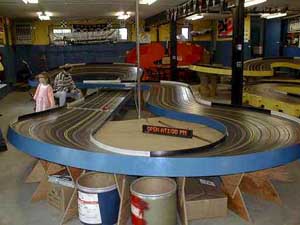 Around 1989 the building was remodeled and the raceway was moved downstairs. The basement layout resulted in less space and the Blue King would not fit. The Red track was set-up instead and proved to still be very popular. The Sovereign and the Blue King were both sold to a person in New Jersey. Both tracks got too much water damage when there was a fire in the warehouse where they were being stored. Dick tried to get a tub 6-lane HO track to run with braid instead of rail but had no luck. The track was like an Engelmann. For a second track, Dick built a copy of a Windsor. 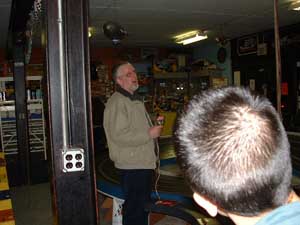 On September 13th, 1990 Richard Payne purchased the raceway with the Red Modified Figure 8 and the Windsor copy built by Dick Cafarelli. 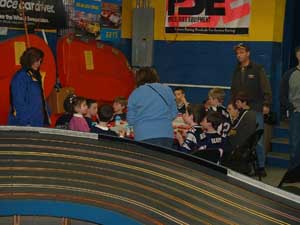 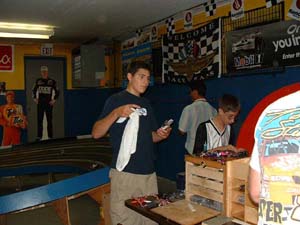 Richard replaced the Red track with a copy made by Steve Ogilvie, track #257. It was painted blue with a charcoal surface. 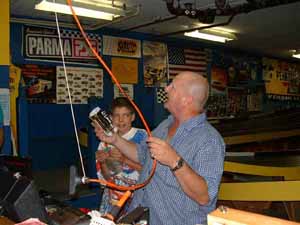 In November of 1994, SRT computer software was hooked up to the Figure Eight. With the help of Matt Powers, a T-shirt design was made and that was the start of the new Modelville Hobby logo. 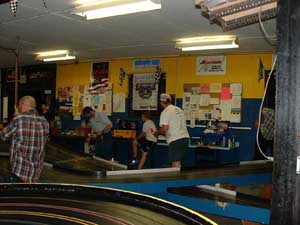 On September 17, 1995 Modelville Hobby bought an eight lane portable track from Ogilvie. It was seven pieces that would fit in the back of a pick-up truck to be moved and took about 45 minutes to set-up and take down. Ogilvie called it a Shoulder Eight (#336) and it took up a space of 9′ x 25′.

On July 24, 2010, we moved everything out of the 58 Union Street location after being closed for a month and moved it to 280 Eliot Street in Ashland. Again Peter Lentros came by to help by offering the rear of the building where Lentros Engineering was located. The space was over 75 feet by 100 feet. Then the madness began.

The Figure Eight was refinished by Gary Greding with a new epoxy finish to race on, a fresh bright blue side, and fresh braids. The track was as good as new.

Gary Greding’s G7 King was set up with its black epoxy surface and red sides. It was one fast track.

The first Sovereign ever built was found in Texas, bought, and brought to Ashland, MA. After about three weeks of time and painstaking work by Gary Greding and Bill Silky, the track has returned to running condition. Even though the track was in great shape for being 45 years old, it did need to be refinished and a few track surface panels needed to be replaced. The surface was sanded, rerouted, epoxy painted, and braided. It looks great on the surface but the sides and an infield need to be worked on.

HO scale tracks were also added.  Brad Bowman built a 4 lane Champion track with a bridge and one banked turn was the first one running. It was first set up with Scaleauto’s computer systems and a light bridge. A variable power supply was used to allow for voltage adjustments for different class cars.

A Scorpion track built by Buck Tracks was also added. This is a flat 6-lane track.

Have your next birthday party at Modelville Hobby! Check out our party packages here.